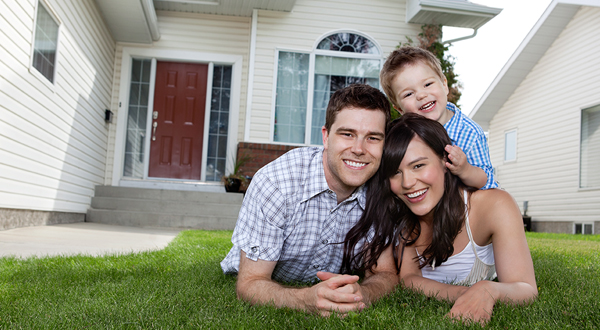 Home security systems offer a number of features you can choose between when putting together a custom build with a security technician. When making your decisions, you need to evaluate all of the possible risks. And homeowners in the DFW area have a unique set of safety concerns to consider.

According to the most recent crime statistics compiled by the FBI, the Dallas-Fort Worth-Arlington Metroplex is only a moderately risky place, ranking 17th in the state for overall crime rates, with fewer per capita burglaries than some smaller cities like Lubbock, Texarkana, and Beaumont-Port Arthur. However, statistics aren’t much comfort if you’re among the victims. So it’s important to take steps to avoid being a target when possible.

Most thieves will stake out and learn about a general location before staging a home invasion. They tend to get familiar with an area and stick to it, using one strategy they know well. So if you hear about a series of crimes in your neighborhood, don’t count on those to be isolated incidents.

Installing a home security and camera surveillance system is a cost-effective way of deterring those thieves. As some of our own customers have experienced, the DFW area has had periodic spikes in package thefts – and security camera systems captured those suspects on video.

While Dallas-Fort Worth is not at the top the list for any one particular type of natural disaster, the city has the disadvantage of having some risk for a number of different types of environmental or weather threats.

The spring of 2015 brought record-breaking rainfall levels to both DFW and the entire state of Texas. If you were lucky, the worst effects you experienced were traffic delays due to closed roads. Those less fortunate had rainwater seeping into their homes and cars, with flooding even causing a number of deaths.

While you can move your car to higher ground, you can’t do that with your house. You’re simply at the mercy of elevation. What you can do is rescue valuable belongings from basements or low-level placement. If you are worried about a flood risk at your home, you can install water leak monitoring and set up alerts on your mobile device to be notified if flooding occurs, allowing you to react as quickly as possible.

Every few years, Texas spring weather creates the perfect conditions for tornadoes, and the state experiences an outbreak of dangerous storms. Most of the tornadoes that have hit Texas, have occurred in April or May, including the April 2012 tornadoes that hit Dallas, Tarrant, Ellis, and Denton Counties, among others. The storm cluster included one with an F2 rating that hit Dallas County and wreaked $400 million worth of destruction and another F2 that hit Arlington and damaged 200 homes and businesses

In case of a tornado warning, there is little to do but take cover. With few homes having a basement or reinforced safe room, the best bet is to huddle close to the ground in an interior room like a closet, hallway, or bathroom, as far away from windows as possible.

Texas has seen an increase in earthquake activity in recent years. No matter the how or why – if the intensity of earthquakes increases, we may see more harm fall to local homes and buildings. In addition to the possibility of structural and foundational damage, electrical system damage always brings the additional risk of fire. If you own a home or business, it’s always smart to maintain a fully functioning smoke detection system with monitoring service to alert emergency services if needed.

A desire to keep your home energy bills down may cause some to hold off on turning on the air conditioning, particularly older people on a fixed income. Unfortunately as your age increases, so does your risk of heat-related medical problems. Instead of manually turning your air on and off, you can install home automation with a smart thermostat, giving you precise control over your HVAC usage.

Being prepared for worst case scenarios is a good idea, but preventing them is an even better one. To learn more about how you can safeguard your home, get in touch with us and we can go over your options:

Posted in: Home Safety »  by: admin